Michael Murphy is the author of the superb ‘Jake and Laura’ mystery series of novels and kindly agreed to be interviewed for my blog. His books in this series include:

3: Wings in the Dark 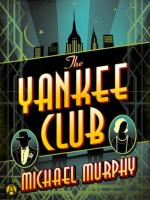 On July 18th, 2015 further information about these books will be available as part of the blog tour celebrating the release of ‘Wings in the Dark’ by clicking here

Where did you get the inspiration for the series?

One day I noticed Turner Classic Movies was having a Thin Man marathon. My wife and I sat down and watched the first, then the second. I’d seen most of the movies years earlier but this time I focused on the interaction between William Powell and Myrna Loy; the humor, romance and sex appeal of a likable couple. It wasn’t the stories that drove the movie series, but that interaction between characters. I decided I wanted to create two characters with that same dynamic interaction. I hope I’ve succeeded with Jake and Laura.

My process has evolved over the years when I started out as a write by the seat of your pants kind of author. With a series, it’s necessary to organize the process since what happens to the characters in the first book impacts the characters in the second and so on. I started with detailed character studies of all major and secondary characters and I construct a chapter outline before I begin. Once I start, however, as long as I haven’t contradicted anything that’s happened before, I exercise enough freedom to tweak the plot by adding additional characters or conflict.

When I’m writing, I use a computer and a legal pad for notes. However I learned early on that the most important tool for creating fiction is the sub-conscious. The creative part happens when I’m on a treadmill, driving, or sleeping. Ideas pop into my conscious so writing it down on a computer is really just a mechanical process, secondary to the creative process from my subconscious.

Although I like Jake and Laura very much, secondary characters are more fun for me to write, especially sidekicks. Gino Santoro, in The Yankee Club, is that kind of guy, a scoundrel, quick with a joke, a guy who really who drinks too much and can’t commit to women. It might be unlikable, if he wasn’t such a nice guy.

I’d like to be Jake Donovan. He’s smart, analytical, totally in love with one woman (like me), brave and resourceful and willing to use his fists when necessary (unlike me.)

No one’s ever asked me this question before, and I don’t think I’ve ever told anyone this, but most of the names for my male leads often come from old John Wayne movies. By now, you probably know I’m a big fan of old movies. The Duke (Wayne) was always strong, tough and fair. His characters had names like Jake (Jacob McCandles) in Big Jake, Taw Jackson in The War Wagon and Cole Thornton in El Dorado. If my main character is strong, tough and fair, I want readers to picture them that way with a strong name. I often give secondary characters somewhat quirky names, like Gino. How did I name Laura? I just liked the name; had a classic Hollywood sound to it.

Additional books by Michael include: 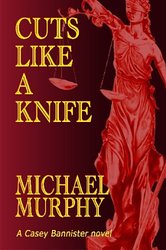 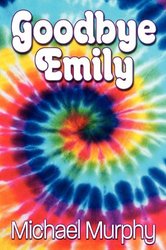 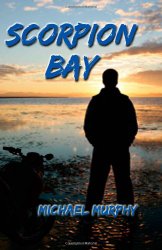 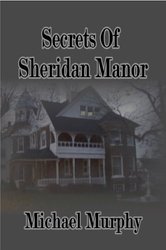