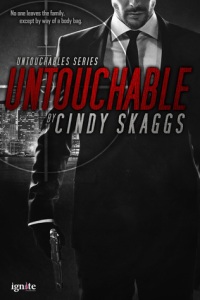 This suspense thriller is well written with plenty of twists, turns and surprises ensuring the reader is never quite certain who to trust and has the added interest of a potential romance. The plot is brilliantly intricate and I really love the cover, too. The intrigue and misdirection leave you wondering just how Sofia, Logan and Eli can safely escape the ruthless Mobsters, let alone have a chance at a happy ever after together.

At College, young, innocent and naive Sofia met and fell in love with her best friend’s brother. Unfortunately he turned out to be a narcissistic psychopath and head of a mafia style family. She learnt the hard way about him and his lifestyle. Even though she has managed to escape from the situation and, with her young son Eli, has been living trying to keep him safe she knows that she is under constant surveillance from both the FBI and members of his father’s ‘gang’. As the ex-wife of such a notorious criminal mastermind, Sofia is untouchable but when her son is kidnapped, taken by the person supposed to be guarding him, she’ll do anything to get him safely back.

Logan Stone is an upstanding, forthright FBI agent who has been watching Sofia for two years now, ever since she left her husband. He’s never been one to bend, let alone break, the rules but when he learns about Eli’s kidnapping it rekindles too many memories of a child he lost in similar circumstances. This makes him desperate to atone by rescuing Eli. The fact that he and Sofia are attracted may prove to be a problem, especially when they are both implicated in the abduction by the child’s father. Endeavouring to escape from the attentions of both the FBI and the Mob, probably having less than 72 hours to rescue Eli, time is running out for them to rescue Eli and to clear their names! You’ll have to read it yourself to find out what happens!

Thanks to the author, publisher and NetGalley too,
for letting me read an ARC in exchange for an honest review.

2 comments on “Untouchable by Cindy Skaggs”