Book blitz + Review: Castle in the Sand by Jeannie Moon

Kick off your shoes, stick your toes in the sand and indulge yourself in a royal romance on the island of Mimosa Key.  Josie DeMarco never forgot or forgave Tony Granville when he up and left her years ago.  He’s back in her life and there’s no avoiding him or the lingering feelings she can’t get rid of.  Fans of Roxanne St. Claire’s Barefoot Bay will love meeting new visitors and residents of Mimosa Key in this Kindle Worlds Barefoot Bay romance by Jeannie Moon.

Title: Castle in the Sand 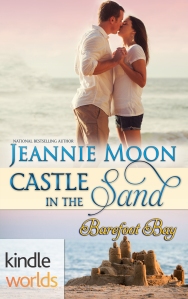 Josie DeMarco moved to Mimosa Key three years ago to escape the scandalous heartbreak that destroyed her life. She has a job and friends she loves on the idyllic island off the coast of Florida, but her world is turned upside down when Tony Granville seeks her help to escape the relentless paparazzi stalking him. As Prince Anton Edward, heir to the throne of a small European nation, Tony can’t lead a normal life with the responsibilities of his title, and the constant scrutiny of his father, King Edward, hanging over him. But when Tony is back with Josie, the only woman he’s ever loved, he realizes he’s willing to give up his crown to be with her. What he doesn’t know is if she would give up the life she’s made for herself to be with him.

I was right when, seeing who the author is, I assumed that this book would be one I’d love. It is another great story from this highly talented author who somehow manages to transport the reader into the story to feel the emotional turmoil experienced by her superbly crafted characters in this royal second chance romance.

This is one of the Barefoot Bay Kindle World Romance series and in this story there is definitely a Prince Charming even if there is no Cinderella. Three years ago, Josie De Marco moved to Mimosa Key after having her heart broken by her brother’s best friend who she’d known as Tony Granville but who was also Prince Anton Edward and heir to the throne of his homeland They’d kept their affair secret and Josie’s brother was unaware of it but now he’s bringing Tony to stay with her as he hides out from the paparazzi. Will this give their love a second chance or will his status tear them apart again?

The characters are well developed, their history revealed as the story unfolds and the angst and turmoil emotively portrayed. This is a delicious second chance romance which is superbly written, taking the reader through the whole gamut of emotions with the characters, from laugh out loud moments to dread and dismay and back again. A great read and the first I’ve read in this series – I’ll certainly be checking out some of the others in future!

Thanks to Barclay Publicity for inviting me to read an ARC of this book in exchange for my honest review and participation in this blog tour. 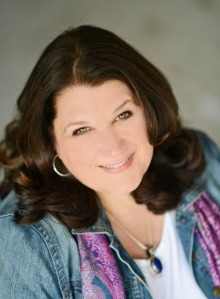 Get More information at: Goodreads | Amazon

Jeannie Moon has always been a romantic. When she’s not spinning tales of her own, Jeannie works as a school librarian, thankful she has a job that allows her to immerse herself in books. Married to her high school sweetheart, Jeannie has three kids, three lovable dogs, and resides on Long Island, NY. If she’s more than ten miles away from salt water for any longer than a week, she gets twitchy.

Roxanne St. Claire is thrilled to have forged an agreement with Amazon Publishing that allows authors to step into her beloved world of Barefoot Bay and write books with their own characters (and many of hers) that are set on the fictional island of Mimosa Key.  The program is launching on April 14, 2016, with 11 talented writers, all hand-picked by Roxanne St. Claire.

Many thanks to Barclay Publicity for gifting me an ecopy of this delightful novel and the additional post materials in exchange for my honest review and participation in this tour.

One comment on “Book blitz + Review: Castle in the Sand by Jeannie Moon”