Thanks for hosting me on your blog, Elaine. I am delighted to be here and share about my new YA series, Secret Warrior, and recent release, Curse of the Moon. So fire away.

Good question. The Secret Warrior Series took years percolating in my mind before I wrote a word. Although the setting is present day in our Virginia Mountains, I’ve drawn on my knowledge of colonial America, Native Americans, particularly the Shawnee, the mountain people, herbal lore, and my wild imagination. While this is my first venture into the young adult fiction genre, I’m an award-winning, multi-published author in historical, paranormal, and time travel romance. 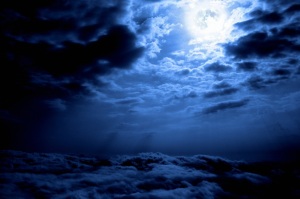 I was inspired to create this series partly by my teenage nieces and younger daughter. We’ve watched a lot of YA movies and TV series together and had book discussions, during which they urged me to take the plunge.

Does sitting on the couch pecking away at my laptop with four cats and two dogs on or beside me count as a process?

I write on my favorite laptop, like a kid with their favorite blanket. Only this one will do, and there was gnashing of teeth when it was in the shop. I do jot down ideas on paper that occur to me at inconvenient moments. I’ve learned to my regret that I won’t remember them as I think Iwill. But then I have to find the scraps of paper…

My favorite ongoing character in the series is the heroine’s brilliant little brother, Jimmy. He’s based on my 11-year-old grandson and other exuberant smart kids I’ve known.

I’d probably be the wise herbalist healer, Miriam. I’d have to get a lot smarter and acquire some magical powers. She’s the hero’s gifted grandmother, both Native American and a descendent of the Star People. I’m neither. 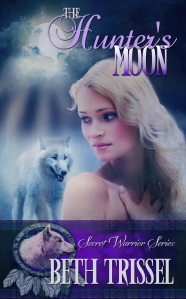 The names came to me, as characters have a way of doing, or they were inspired by an actual historical figure, Daniel Morgan. The heroine’s name is Morgan Daniel. A kernel of truth about Daniel Morgan lies at the heart of the colonial lore behind the series.

Thanks so much, Elaine. I’ve included the blurb and short excerpt for my new release, Curse of the Moon (Book 2, the Secret Warrior Series).

The bad news? Morgan Daniel’s wolf is out of control. The good news? There’s a treatment. She just has to get a potion from a lizard shifter witch–without looking into the witch’s eyes. Easy, right? But when the witch puts a spell on her younger brother, Morgan has to do the witch’s bidding to save him.

Fortunately Morgan isn’t alone. She has Jackson to lean on, a few witches coming into their powers, a secret warlock, and the always mysterious Chief Okema. What could possibly go wrong?

“Maybe you’re an Allasomorph,” Jimmy suggested. “They have their own planet and several moons.”

“Great. Because I’m not weird enough?”

A scraping noise and the kitchen door opened, letting in the autumn chill and Jackson’s highly unusual grandmother. Miriam held a basket of eggs gathered from the red and bronze chickens in the sturdy coop out back. Her slender figure was wrapped in a gray wool shawl, her lined face rosy beneath the matching scarf knotted at her throat. Her long silver hair and blue, beaded skirts whipped in the wind.

She shut the heavy door and glanced at the assembly around the table. Brown eyes, the dark hue of Jackson’s, rested on Morgan. Her gaze widened, then narrowed in an expression of somber awareness. “Oh my.”

If anyone apart from the unfathomable Chief Okema possessed the knowledge to aid her, it was this gentle healer. Wisdom flowed through Miriam’s veins like clear mountain water. Not only was she Jackson’s grandmother, but a descendent of the Star People, a mysterious race of space aliens Okema prophesied would someday return. What that meant for Miriam, and ultimately Jackson, Morgan didn’t know. Only that without help from this wise woman, or someone, she was doomed to a whole other world of weird.

A bit about Beth: Married to my high school sweetheart, I live on a farm in the Shenandoah Valley of Virginia with my human family and furbabies. An avid gardener, my love of herbs and heirloom plants figures into my work. The rich history of Virginia, the Native Americans, and the people who journeyed here from far beyond her borders are at the heart of my inspiration. I’m especially drawn to colonial America and the drama of the American Revolution. In addition to historical romance, I also write time travel, paranormal, YA fantasy romance, and nonfiction.

Curse of the Moon (Book 2, Secret Warrior Series) is available in eBook from all online booksellers, and in print from Amazon and The Wild Rose Press.

My Blog: One Writer’s Way: https://bethtrissel.wordpress.com

Thank you so much for agreeing to being interviewed and providing all the additional materials, Beth. I thoroughly enjoyed reading both The Hunter’s Moon and  Curse of the Moon – click on the titles to access my reviews!