When a no strings attached arrangement turns into something more, Cillian O’Malley and Olivia Rashidi must overcome the family ties that bind them. Fans of Jackie Ashenden’s Make You and Kresley Cole’s The Master, will devour the super steamy and fast paced third book, An Indecent Proposal in the wildly popular O’ Malley series by NYT and USA Today Bestselling Author Katee Robert.

Greed. Ambition. Violence. Those are the “values” Olivia Rashidi learned from her Russian mob family-and the values she must leave behind for the sake of her daughter. When she meets Cillian O’Malley, she recognizes the red flag of his family name . . . yet she still can’t stop herself from seeing the smoldering, tortured man. To save her family, Olivia sets out to discover Cillian’s own secrets, but the real revelation is how fast-and how hard-she’s falling for him.

Plagued by a violent past, Cillian is more vulnerable than anyone realizes. Anyone except Olivia, whose beauty, compassion, and pride have him at “hello,” even if she’s more inclined to say good-bye to an O’Malley. While his proposal of sex with no strings seems simple, what he feels for her isn’t, especially after he learns that she belongs to a rival crime family. Cillian knows that there is no escape from the life, but Olivia may be worth trying-and dying-for . . . 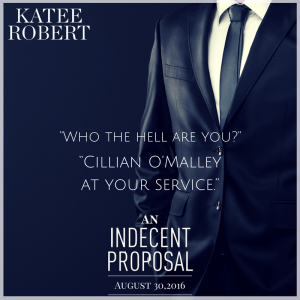 This series just keeps on getting more enthralling! I’ve really enjoyed every book in it which I’ve read so far, including this one. It is great to catch up on what has happened to the other members of the O’Malley family whilst this action packed Boston mob families saga continues. This time it is Cillian O’Malley that is the troubled brother who is the focus for this instalment . . . he has been changed dramatically in attitude and behaviour after his beloved younger brother was assassinated in a gangland/mobster feud. He no longer drinks alcohol, suffers from flashbacks and none of his family seem to recognise the changes in him or support him, denigrating his input and undermining his efforts. To escape their influence he goes to the local bar where Olivia Rashidi works, unaware that she, too, is from a mob family – but her family are the Russians not Irish! Whilst trying to reject his advances, Olivia ends up coming to his rescue and both find resisting their mutual attraction impossible. However, Olivia’s half brother and her ex are both wanting to bring her back to their family and her ex is something of a loose cannon, you’re never quite sure what he may do next.

Get ready for mob warfare to take on a new guise, with undercover activities, threats, a kidnapping and multiple murders as well as romance in this brilliant addition to the saga. The characters are complex, the plot is never straightforward, there are dangers throughout – even to a kind elderly lady – and the writing superb. I have no hesitation in highly recommending this novel and all the other books in this series – I can’t wait to read more about Sloan in the next book in the series!

Many thanks to the author, publisher and NetGalley, too, for providing me with an ARC of this novel in exchange for my honest review. 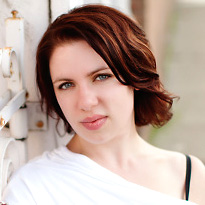 New York Times and USA TODAY bestselling author Katee Robert learned to tell her stories at her grandpa’s knee. She found romance novels at age twelve and it changed her life. When not writing sexy contemporary and speculative fiction romance novels, she spends her time playing imaginary games with her wee ones, driving her husband batty with what-if questions, and planning for the inevitable zombie apocalypse.

Many thanks to Barclay Publicity for providing additional materials and organising this tour.

Other posts concerning this author and her books on this blog include:-

Foolproof Love – includes an interview with the author

3 comments on “Early Review: An Indecent Proposal by Katee Robert”