Locked up doesn’t mean locked in. 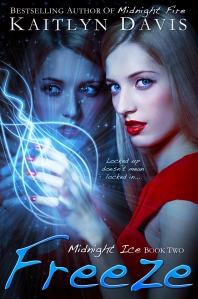 Pandora Scott is in jail…again. Everyone she once loved betrayed her…again. And some of the most powerful people in the world want her dead…yes, again. Sound familiar? But if there’s one thing Pandora is good at, it’s wriggling her way out of life or death situations, and this time is no different. Armed with her ability to disappear and aided by the mysterious Sam, Pandora’s got a plan. Escape the most secure prison in the world. Evade the most powerful trackers on the planet. Forget every word that Jax has ever told her. And figure out how to change one teeny tiny thing–fate. Easy, right? Well…doable, at least.

Freeze is the second book in the thrilling Midnight Ice series–the brand new spinoff to Midnight Fire, a bestselling paranormal romance with over 200,000 copies sold and over 5000 5-star reviews on Goodreads!

Having thoroughly enjoyed reading ‘Frost’, the first book in this series, I eagerly anticipated the opportunity to read ‘Freeze’ and I certainly wasn’t disappointed! The fast paced series continues and I’m going to try to avoid giving any spoilers away about either book, so please forgive me for being a little vague about events that aren’t already revealed in the blurbs for the books!

Pandora has been betrayed again by those who are supposed to love her. She’s been captured and locked up, knowing that others are planning for her to die – but she’s not ready to die. She’s going to use her increasing skills to help her escape . . . . and Sam keeps making mysterious appearances giving her hints, tips and disappearing, leaving her behind. Jax is there, too, wanting to see her and talk to her but she’s keeping in the shadows and not letting her see him. How can she escape? Why are they out to kill her? What are they afraid of? Is there anyone she can trust?

The story is a real page turner, with well developed characters and packed with angst, turmoil and dilemmas. The plot is an intriguing mix of paranormal and mythological encounters where the reader is never quite sure who is telling the truth. There are hidden motivations, more betrayals and only Pandora’s resilience will help her determine her way forward.  I have no hesitation in highly recommending this series to anyone who enjoys suspense filled adventures with so many twists and turns it is an enthralling read, a brilliant second in a fascinating series and I can’t wait for the third story, Fracture, to be available so I can discover just what happens next!!

I requested and was given a copy of this book. I have chosen to read it and this is my honest review after doing so.

If you haven’t started the series, FROST (Midnight Ice Book One) is currently on sale for $0.99 for a limited time! 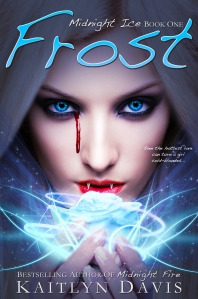 “A snarky, action-packed, and entertaining read!” – Betwixt the Pages

“A story of teenage love, betrayal, double crossing and danger…” – Splashes Into Books

Even the hottest love can turn a girl cold-blooded…

Life’s tough for a vampire thief on the run–just ask Pandora Scott, she knows. Four years ago she ran away from home after everyone she loved betrayed her. But now her annoyingly grown up (and handsome) ex boyfriend is stalking her, begging her to return. A mysterious vamp with a particularly dangerous (and sexy) stare keeps popping unexpectedly into her life. The extremely powerful head vampire of New York is hunting her down because she may (or may not) have broken into his highly-secure, highly-secretive personal vault. And the fate she’s been trying to outrun? Well, it’s about to catch up. Because even a super-speedy vamp with the ability to disappear can’t escape her own destiny.

A brand new spinoff to Midnight Fire, a bestselling series with over 200,000 copies sold and over 5000 5-star reviews on Goodreads! Fans will enjoy special appearances from Kira, Luke and Tristan while falling in love with the new characters and new adventure of Midnight Ice.

*Please note, you do not need to read the books of Midnight Fire to enjoy Frost (Midnight Ice Book 1). They are two standalone series with character crossover.

Check out my review for Frost by following this link!

And the third book, Fracture, just became available for pre-order – I can’t wait to read it!

When you fall for the devil, you’re bound to get burned.

Pandora Scott’s world has blown up once again, but this time she’s learned her lesson–saving the world isn’t a job she can do solo. She needs friends. But when her strongest ally also happens to be the boy who shattered her heart, it’s not as easy as it sounds. Especially since the person she has to destroy might just be the love of her life. With her fate hanging in the balance, Pandora’s got to make a choice. Forgive? Forget? Fight? Or falter? But everything changes when she realizes that the people she thought were heroes might be villains, and the good guys aren’t always as trustworthy as they seem…

Fracture is the third book in the thrilling Midnight Ice series–the brand new spinoff to Midnight Fire, a bestselling paranormal romance with over 200,000 copies sold and over 5000 5-star reviews on Goodreads!

B&N – Preorder is still processing, link should be available by Monday 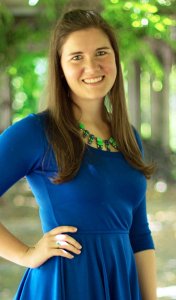 Always blessed with an overactive imagination, Kaitlyn has been writing ever since she picked up her first crayon and is overjoyed to share her work with the world. When she’s not daydreaming, typing stories, or getting lost in fictional worlds, Kaitlyn can be found playing fetch with her puppy, watching a little too much television, or spending time with her family. If you have any questions for her–about her books, about scheduling an event, or just in general–you may contact her at: KaitlynDavisBooks@gmail.com

Sign up for Kaitlyn’s newsletter to stay up-to-date with all of her new releases, to receive exclusive subscriber bonus content, and more! bit.ly/KaitlynDavisNewsletter

You can learn more about this highly talented author by reading her answers to my interview questions which I’ve also posted today – check it out by following this link!