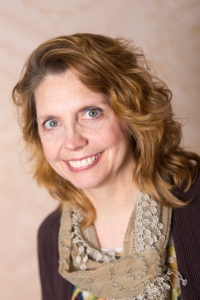 Please give a warm welcome to Splashes Into Books to the amazing author of the Red Hot Russians series,
Elizabeth Harmon!
I was delighted when she also agreed to be interviewed -read on to find out more about her writing process and the inspiration for her new release,
Shining Through!

Where did you get inspiration for the book?

When I was writing Getting It Back, the third book in the series and created the character of Daniil, I knew I wanted to write about him. When that book came out and a number of reviewers commented on him, even though he was a minor character, I saw that readers wanted me to write about him too!

Since Daniil was already established as a bad boy, and I love casting opposites, I knew that the story’s heroine was going to be a wholesome good girl. But it wasn’t until I started fleshing Tabitha’s character out that I decided to give her a hard-scrabble background that was totally at odds with her Ice Queen image.

Who is your favourite character out of the story and why?

Aside from Tabitha and Daniil, both of whom I love, my next favorite character is Tabitha’s sister Samara. I found a photo of a model who captured Samara’s look so well, she became easy for me to picture and bring to life. I also love her snarky sense of humor and how she is totally unfazed by all the craziness going on around her. Though she’s two years younger than Tabitha, she’s more worldly and experienced. In some ways, she’s a female version of Daniil, which I think is part of the reason why Tabitha feels safe with him.

In fact, don’t be surprised if Samara turns up in a future book.

How about from the series?

Anton and Carrie from my first book hold a special place in my heart, and they’re in this book too.  Anton is Daniil’s coach and something of an older, wiser brother. He is determined to keep Daniil on track to earn a place on the Russian Olympic team, but he also remembers that love doesn’t conform to the figure skating season. Carrie is a coach as well, of a successful pairs team who train at the couple’s center in Lake Shosha, Russia. Fans of that book will be happy to know that after ten years together, Anton and Carrie are still enjoying their happy ending.

Daniil was simply a Russian name I liked and hadn’t used in any of the previous books. Tabitha’s name came from her mother Fiona’s background as a carnival fortune teller. An early version of Fiona had her obsessed with old TV shows, and I felt like she would have related to the character of Samantha on the old show, Bewitched. Samantha named her daughter Tabitha, so Fiona did too.

What did you enjoy most about writing this book?

I loved learning more about ice dance, which is a skating discipline I’m not as familiar with. One of my friends who competes in the Adult division of figure skating skates a program to I Put A Spell On You, which was choreographed by Susie Wynne, who competed in the 1988 Olympics in ice dance. Cindy and Susie were so kind as to let me use the program in the book. If Shining Through ever becomes a movie, everyone will get to see it.

I also enjoyed bring back all of the Red Hot Russians couples for a final curtain call at the end of this book.

What’s next for you?

I have several ideas, one of which is a return to Amity Bay, the Antarctic station where I’d set an earlier novella. I have a couple of other contemporary series ideas too. I haven’t settled on what the next book will be yet, other than to say there will be one! Stay tuned.

Elizabeth Harmon loves to read and write romances with a dash of different. She is the author of the Red Hot Russians sports romance series, and her debut novel, Pairing Off is a 2016 RITA Award Finalist.
A graduate of the University of Illinois, she has worked in advertising, community journalism and as a freelance magazine writer. She feels incredibly blessed to have a career that allows her to spend her days imagining “what if?” and a loving family that keeps her grounded in the real world.

An adventurous cook, vintage home enthusiast, occasional actress, and entry-level figure skater, Elizabeth makes her home in the Midwest, where life is good, but the sports teams aren’t. She loves to hang out on her front porch, or at her favorite local establishments, enjoy good food and wine, and talk writing with anyone who will listen.

Website:
http://www.romancewriter-girl.com/
Twitter
romanzwrter_grl
Many thanks to Elizabeth for answering my questions again!
Follow this link to read her first interview on this blog.
Follow these links to my reviews of three of her books – all of which I highly recommend!

This entry was posted on October 24, 2017 by Splashes Into Books in Author Interview and tagged Author Interview, Elizabeth Harmon, Getting it Back, Heating It Up, Shining Through.