Hunt Me by Louise Cypress #Review #Paranormal #YA #Romance #BlogTour

All Esma Siban wants this summer is to stay out of her stepmother’s way. When her stepsister, Morgan, suggests a road trip to Oregon to visit a friend from high school, Esma jumps on the idea. A camping trip sounds like the perfect way to help Esma recover from breaking up with her boyfriend. But when Esma and Morgan encounter a stalker, Esma’s fangs come out. The death of a Sasquatch hunter wasn’t on their itinerary. A terrified Esma is unsure what to do next, so she texts her ex-boyfriend for help.

Chase Wheeler feels like the biggest fool on the football team. The entire time he was dating Esma, he had no idea she was a vampire. In high school Chase did exactly what Esma told him to. He let Esma plan their dates, pick his wardrobe, and even pack his lunches. Now Chase has a month left before he starts college to forget the girl who froze his heart.

When Chase lands an internship on the popular radio talk show Fred Head, he finds his voice and charts a future that doesn’t involve domineering girlfriends. But all it takes is one text from Esma and Chase runs back to her waiting arms. Chase finds the courage to tell Esma that he’s through with being bossed around right when Esma realizes that she desperately needs Chase’s input. The only way home from this camping trip is to be bitten or smitten.

This is the second book in this teen/ya series and I can honestly say it works well as a standalone as I enjoyed it even though I haven’t read the first book yet! After a vampire attack at a High School Prom, Chase Wheeler discovered that Esma, his girlfriend, is actually a vampire, though one who doesn’t drink human blood. It isn’t the fact that she’s a vampire that causes him to “dump” her but the fact that for the two years they’ve been together she never told him. Now they’re both trying to get on with their lives apart. She’s going on a camping trip with a couple of girl friends whilst he’s enjoying his internship on a radio show . . . . little do they anticipate the girls will need his help when they encounter a hunter, his prey (a sasquatch) and danger as they try to rescue him!

This is a paranormal high school adventure and romance with great characters, difficult parent/child relationships, and so much more. The sasquatch is a very different and engaging character in his own right – I’d never read a story with one as a key character before! So get ready for humans, vampires, slayers and more in this engaging adventure! I’m definitely tempted to read the first and third book in this series after finishing this one . . . I know, typical for me to read the second book first!

I requested and was gifted a copy of this book without obligation and this is my honest review after choosing to read it.

DON’T MISS THE FIRST BOOK IN THE PURITAN COVEN SERIES! 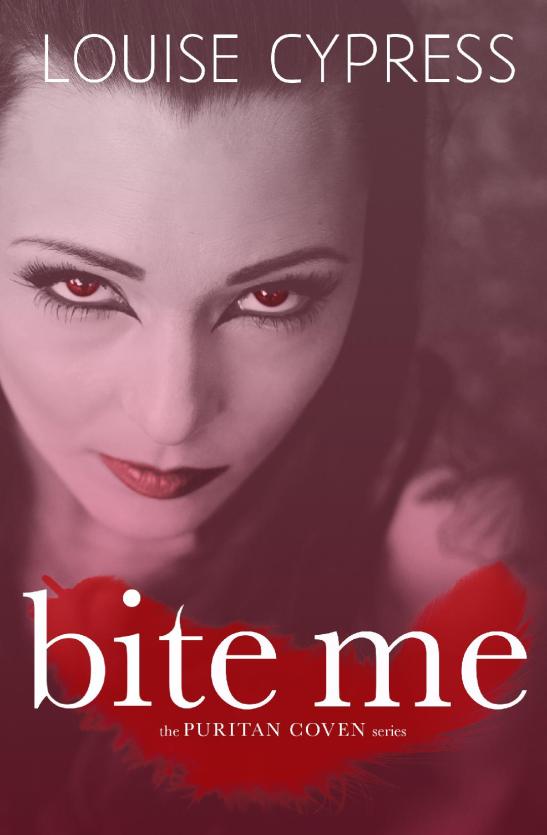 A nerdy high school senior transforms into a vampire vixen who’s unaware that her hunky date for prom is the slayer sent to destroy her.

Morgan Taylor-Jackson can’t wait for high school to end. In six months she leaves for UCLA and says goodbye to La Jolla, California and her parents’ messy divorce. But when Morgan is bitten by a four-year-old boy, she becomes infected with a mysterious condition. Fever, insomnia, and a new bustline are only the beginning; Morgan morphs from nerd to bombshell.

As far as Van Xander is concerned, all vampires are evil, even the ones who reject human sacrifice and call themselves Puritans. When Helsing Incorporated sends Van to La Jolla to investigate the local coven, Morgan is his prime target. Pretending to be interested in her, Van asks Morgan out and puts her through a series of tests to determine her killer nature.

Morgan is thrilled to be dating a hot guy like Van and falls for him hard. As Van strings Morgan along, he grows increasingly guilty. Morgan is kind, compassionate, and a gooey romantic. Just as Van’s mind begins to change, evil forces threaten everything. When prom night arrives, there are only two ways out of the ballroom: death or immortality.

Louise Cypress believes in friendship, true love, and the everlasting power of books. She has never met a vampire, but she has been to a Love Sucks concert on Valentine’s Day. Like Morgan, Louise can often be found curled up with a romance novel on Saturday night, diet soda in hand, secretly wishing bustles were back in fashion. Louise lives in San Diego, California, where the beach is crowded and summer is immortal.