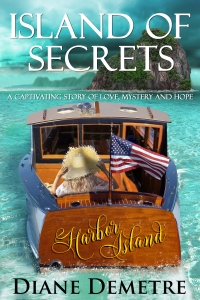 Set in two time periods but mainly in the same location, Harbor Island, this story follows the romances of two young women. The first part is set in 1973 and Cecilia Freemont is the rebellious young lady who goes to work as housekeeper on the island after leaving her “hippy” boyfriend. Harbor Island has been owned and run by the Reginald family who strive to protect it and which provides employment for the local residents. There are some fantastic characters on the island although it is the Reginalds who are key to much of the story, especially the siblings, Victoria and Richard (Dickie) who are soon friends with CiCi. It is their interactions, developing relationship and difficult relationship with their father that are the focus for the first part of the story, until CiCi has to leave the island.

The second part has CiCi, now in her sixties, returning to the island for a sad event. Here she meets the children of Victoria – Tina and Sebastien – and the mysteries of the island continue. As some secrets are revealed, an impending ecological disaster which brings someone there’s a huge one when someone Cici never dreamt of meeting again comes back into her life. There are some great surprises in this section and I have to say that I loved the ending! It is a moving story, with a beautiful setting brought to life through the fantastic descriptions. It is only as the secrets from the island are revealed that there’s any chance of a happy ever after for these characters!

This is a heartwarming story across the generations, filled with love, secrets, romance and intrigue. It is a great read, a real page turner and moving story that I have no hesitation in highly recommending. I requested and was gifted a copy of the book without obligation and this is my honest opinion after choosing to read it.

A captivating story of love, mystery and hope

1973. Cecilia “CiCi” Freemont has a restless soul and the voice of an angel. Leaving her privileged upbringing behind, she chases her dreams to the sandy beaches of an unspoiled Hawaiian paradise, Harbor Island. But life takes an unexpected turn when she falls for the island’s young heir-apparent and her newfound adventure becomes too much to bear…

2017. Investigative journalist Tina Templeton has dedicated herself to the pursuit of truth. But when she inherits Harbor Island, her career plans take a confusing twist. Managing the sprawling island estate is tough business even with the help of aging cabaret singer, CiCi Freemont. Especially when a massive ecological disaster threatens to destroy her beautiful beaches—and the responding coast guard captain steals her heart.

As the investigation into the disaster reveals a 40-year-old mystery that could change their lives forever, will Tina find love among the secrets, or will CiCi’s painful past dash her dreams on the rocks?

Island of Secrets is an epic love story. If you like generations-spanning drama, characters with hidden pasts, heart-warming romance and intrigue, then you’ll love Diane Demetre’s powerful romantic mystery in paradise. 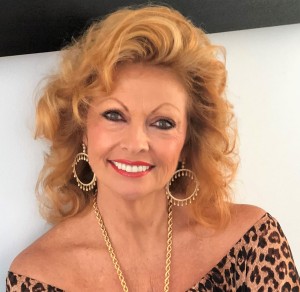 Diane began her career as a school teacher before moving into the entertainment industry as a choreographer, director, event manager, dancer and actress, working in television and live theatre, and managing multi-million dollar productions.
Following her onstage career, she spent many years as a stress & life skills therapist, keynote speaker and presenter, appearing on national radio and television.
When she launched into a writing career, Diane’s debut erotic romance series, the Dance of Love was voted Luminosity Publishing Readers’ Choice Best Books and Best Covers for 2015 and 2016.
Her romantic suspense, Retribution won the Romance Writers of Australia Emerald Pro Award 2017 for Best Unpublished Manuscript. Diane loves to write genre-busting stories with a twist. Her works are packed with emotional punch and feature empowered heroines who live life to the fullest, much like the author herself.

Many thanks to Rachel’s Random Resources for providing materials for this post and organising the tour. The review is my own, honest opinion of the book after choosing to read it.