Contemporary Romance author Jane Galaxy returns to her Super Stars series with a sexy new title fans of Sariah Wilson’s #Starstruck will swoon over. Sophie Markes just landed the ultimate gig: turning her award-wining superhero comic into a screenplay. But her dream job quickly turns into a nightmare when the studio makes her story unrecognizable. When she learns the truth behind her butchered script, she’ll need the help of gorgeous British actor Tristan Eccleston to set everything right.

In celebration of the release of Jane Galaxy’s Colder Than Ice, book #2 in her Super Stars series, Eventide Press is offering one lucky winner a $25 Amazon Gift Card! To enter, simply follow the Rafflecopter link below and complete it:

About Colder Than Ice:

This is a delightful, fun, contemporary romance with a superhero comic creator and an actor who is a secret comic nerd! The creator is Sophie Markes and her ‘Shadows of the Imperium’ is being turned into a screen play starring Tristan Eccleston, the actor son of a prominent British acting dynasty. Get ready for a fake relationship, lies, a manipulative ex, horrendous parents and more lies in this fake to true romance!

From Comic cons to filming a screenplay, this is a story of following your dream, striving for success whilst caring about others and having the strength and resilience to put those who wish to negate your efforts or manipulate situations for their own purposes behind you, even when they’re your parents! Lights, camera, action – this is a well paced story with well developed characters, laugh out loud moments, secrets to be revealed and obstacles to be overcome. Whilst it is the second story in a series, it works well as a standalone.It proved to be an engaging read that I enjoyed escaping into, journeying with them on their road to romance – I have no hesitation in recommending it!

I requested and was gifted a copy of this book without obligation. This is my honest review after choosing to read it.

SOPHIE MARKES just landed the ultimate writing gig–turning her award-winning superhero comic ‘Shadows of the Imperium’ into a screenplay for Card One Studios.

Tristan’s dream role is more precarious than ever. His father, British acting royalty, and his scheming ex-girlfriend are determined to sabotage his “frivolous” gig. Avoiding them and their snobbish expectations means spending more and more time with the quiet, nerdy, and irresistible Sophie.

An Excerpt to whet your appetite!

One of her new coworkers.

He was a darling of… well, everything and everyone, it seemed like. Since he’d been cast as Morganna’s brother Lucius, Sophie had spent some time looking into him. Wunderkind of the British theater scene, only son of an acting dynasty that dated back centuries, he had a legendary charm that could infatuate even the iciest drama critic or interviewer. Not that he’d ever met anyone who didn’t like him, from the way articles absolutely gushed over him.

Sophie peered more closely at the tweet. Several pictures, all paired off, featured the actor in an expensive outfit on the left and increasingly fancy old cars on the right. Tristan in a red velvet smoking jacket over his bare chest, next to a glossy Jaguar from the 1960s. Tristan in profile looking moody, wearing blue pinstripes next to a Cadillac with huge fins. Obviously a commentary on the size of his nose. And finally, Tristan in a sleek black tuxedo from last year’s BAFTA awards, one strawberry blond curl springing out from his temple, next to…

Who is this guy, and why does he have to be so embarrassing?

She flipped back to look at the editorial photo of him. Like this, for example. Who the hell wore Gucci and then faved photo posts by fans who made life-sized cardboard cutouts of him and posted pictures of themselves pretending to be asleep next to him for Instagram fame?

Sophie zoomed in on the V-shaped split where the velvet smoking jacket opened over the expanse of his chest. Comics Twitter claimed that his workout routine was mostly swimming—he hadn’t bulked up like so many of the Card One players who needed to fill out exoskeletons and spandex, but was focused on being lithe and hungry for power. The planes of his face and angle of the shot combined to make him look like he was gazing right at her, about to suggest that she remove her panties and come closer.

God, she kind of hated him.

They were going to cross paths on set, and it was going to take a lot of effort to not recall the infamous picture of Tristan on one knee pretending to propose to a girl giving an over-exaggerated look of shock and delight. Sophie tossed her phone to the head of the bed and found a robe to change into.

She could be polite, but ultimately distant. That was really all it required. She’d been raised with good manners.

Being polite and professional was no problem.

Other Books in the Super Stars series:

A SEXY MOVIE STAR, A DESPERATE PHOTOGRAPHER, AND THE SECRETS THAT COULD DESTROY THEM BOTH…

Henry Jackson (Jax) Butler is Hollywood’s hottest bad boy. Ever since the release of STEEL KNIGHT, his first movie in the world-famous Defender superhero film franchise, he’s been able to land any girl he wants, even his co-star’s sexy model girlfriend. But this dream job comes with downsides—like feeling completely typecast and unable to move on artistically. That and the paparazzi. The evil, privacy-invading scum who tail his every step, smearing his name and reputation just for having some innocent fun. And one pap in particular has become his worst enemy…

Vanessa Reyes would give anything to be a real photographer, shooting for investigative journalism pieces that could make a difference in the world. But with her sister’s medical bills to pay, she’s stuck tailing Hollywood’s latest bad boy Jax Butler through New York, cashing in on every one of his plentiful hookups. She might not love her job, but she feels no remorse about exposing Jax for the heartless heartbreaker he is. Why shouldn’t she cash in on his dirty dealing?

But when Jax is ordered to clean up his public image, he can think of no better media contact to approach for help than his rival. Keep your friends close and your enemies… Well, you know the rest. As for Vanessa, her boss has ordered her to find him newer, dirtier dirt on Jax. What better way to worm her way into his good graces than by accepting his offer to write some fluff pieces about him?

Yet the more time the two enemies spend in one another’s company, the more they begin to see different sides to one another. Is Jax really the ruthless hookup artist he seems? Is Vanessa just another shady pap out for his blood? Or do they both have another, deeper self? One that only shines when they’re together… 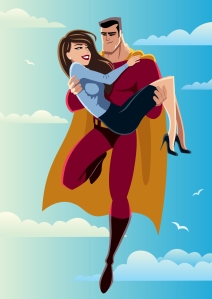 Jane Galaxy has the heart of a romantic and a brain full of pop culture knowledge. She loves to escape into the world of super-powered heroes and heroines with awesome abs who punch stuff, but putting them through their paces when it comes to the hard work of emotions and true love is even better.

You can usually find her pining over gifs from ComicCon and coming up with the perfect song for a hot guy to play in the background of his latest angst-riddled workout session.

Many thanks to Barclay Publicity for providing materials for this post and organising the tour. The review is my honest opinion after choosing to read the book.