End of the Lie by Diana Rodriguez Wallach 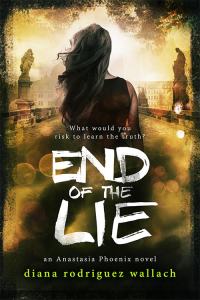 Title: End of the Lie

Having read and thoroughly enjoyed the first two books in this series, I was keen to read this finale. Even though it is almost a year since I finished the first two stories, the talented author quickly immersed me back into this thrilling story of family, espionage, deceit, danger and the dreaded Department D. The stories are written chronologically, each following on from events in the previous book, so I recommend reading them in the correct sequence so you understand just what is happening.

Anastasia Phoenix is hiding out in Europe with her sister, Keira, and their friends Julian, Charlotte and Marcus. They are endeavouring to publicise everything they can to do with Department D in an attempt to put an end to it. However Regina, who used to be her best friend, is also posting videos blaming Anastasia for the murder of her boyfriend, Tyson, and condemning Department D and the whole of Anastasia’s family. Knowing she’s likely putting herself in danger, Marcus and Anastasia go to try to warn Regina, only to discover she’s disappeared. So starts another action packed, riveting adventure involving journeys around the world hunting for Anastasia’s parents and for Regina.

There’s plenty of drama and shocking revelations to keep you turning the pages in this fantastic finale to this compelling series. It is meant to be for teens but don’t let that put off anyone who is older than that, I certainly thoroughly enjoyed reading it and have no hesitation in highly recommending this and the entire series!

With her harrowing tale of espionage and near death experiences finally out in the open, Anastasia Phoenix thought things would be better. That she and her friends had outsmarted Department D, the criminal empire her parents helped create.

Former friends have turned to enemies, causing more innocent lives to get swept up into the dangerous world her parents created. Now it’s up to Anastasia to stop the damage before anyone else gets hurt—or worse. She embarks on a treacherous trail from Poland to Prague, and old rivals emerge at every turn. But when the final confrontation occurs, will she be too late to protect the ones she loves… or even herself?

Other books in the series (the titles link to my reviews of them): 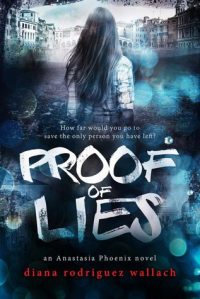 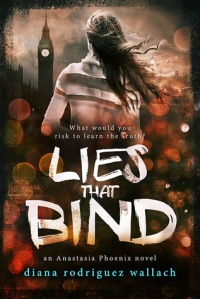 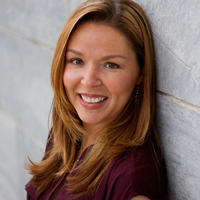 Diana Rodriguez Wallach is the author of the Anastasia Phoenix series, three YA spy thrillers set to debut beginning in March 2017 (Entangled Publishing). She is also the author of three award-winning young adult novels: Amor and Summer Secrets, Amigas and School Scandals, and Adios to All The Drama (Kensington Books); as well as a YA short-story collection based on the Narcissus myth, entitled Mirror, Mirror (Buzz Books, 2013). In 2011, she published a highly regarded essay in Dear Bully: 70 Authors Tell Their Stories (HarperCollins). It was the only essay chosen from the anthology by Scholastic to be used in its classroom materials. Diana is featured in the anthology, Latina Authors and Their Muses (Twilight Times Books, 2015), and she is currently on staff as a featured blogger for Quirk Books. In 2010 Diana was named one of the Top Ten New Latino Authors to Watch by LatinoStories.com, and she placed second in the International Latino Book Awards. She is an advisory board member for the Philly Spells Writing Center, and is a Creative Writing instructor for Johns Hopkins University’s Center for Talented Youth. She holds a B.S. in Journalism from Boston University, and currently lives in Philadelphia.

Many thanks to Chapter by Chapter for providing materials for inclusion in this post and organising the blog tour it is part of. The review is my own, honest opinion of a copy of the book which I had purchased.