Whitechapel is being gentrified. The many green spaces of the area, which typify London as a capital city, give the illusion of tranquility and clean air but are also places to find drug dealers, sexual encounters and murder…

Detective Sergeant Julie Lukula doesn’t dislike Inspector Matthew Merry but he has hardly set the world of the Murder Investigation Team East alight.  And, it looks as if the inspector is already putting the death of the young female jogger, found in the park with fatal head injuries, down to a mugging gone wrong.  The victim deserves more.  However, the inspector isn’t ruling anything out – the evidence will, eventually, lead him to an answer.

This starts with one murder but things soon escalate . . . . Is it one perpetrator, a serial killer, or are there more killers out there? Inspector Matthew Merry had been told he’s to have a desk job, leaving the Murder Investigation Team East, but fate intervenes and he has to take the lead with multiple murders to investigate. This is the first story I’ve read involving him and he initially is portrayed as somewhat lackadaisical, laid back and reticent but that impression changes as the story progresses – think Columbo but better presented! He may not appear to be astute but appearances are definitely deceptive!

This is an action packed crime investigation/murder mystery story where the characters are brought to life, warts and all. They are all an eclectic mix, with so many layers to investigate as you get to know them as the story develops. With potential romances, adultery, murder, mystery, suspense and medical issues, this isn’t a straightforward story and definitely felt real, sharing the feelings of characters and their responses throughout the story. It is an intriguing, fast paced page turner that has plenty of surprises and shocking revelations as the investigations develop, keeping you guessing. I’m hoping it will be developed into a series and if it does I really hope to read any future books!

I requested and was gifted a copy of this book. I have chosen to read it and this is my honest review after doing so. 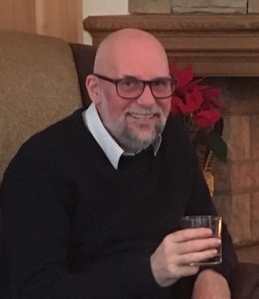 John was born in the mid-fifties in East London, on part of the largest council estate ever built, and was the first pupil from his local secondary modern school to attend university. He has now taken early retirement to write, having spent the first part of his life working in education and the public sector. He was the director of a college, a senior school inspector for a local authority, and was head of a unit for young people with physical and mental health needs.

He has travelled extensively, from America to Tibet, and he enjoys visiting the theatre, reading and going to the pub. It is, perhaps, no surprise that he is an avid ‘people watcher’ and loves to find out about people, their lives, culture and history. When he is not travelling, going to the theatre or the pub; he writes.

Many of the occurrences recounted and the characters found in his novels are based on real incidents and people he has come across. Although he has allowed himself a wide degree of poetic licence in writing about the main characters, their motivations and the killings that are depicted.

John is currently working on a series of novels set in modern day London. These police procedurals examine the darker side of modern life in the East End of the city.

Many thanks to Rachel’s Random Resources for providing materials for this post and organising the tour it is part of.
The review is my own, honest opinion after choosing to read this book.