This is a brilliant sounding book and definitely one that I hope to read in future –
I’ll share my review when I do!

Time’s running out for DCI Hunter. His wife and child are missing, perhaps even dead. Unable to pursue those responsible he’s transferred to the wild landscape of Cornwall where another child has disappeared.

Alice Trevelyan’s father has his own agenda and wants retribution for the loss of his little girl and metes out his own violent justice.

Will Trevelyan help or hinder?

Hunter has to make his move if he wants to save Starlight.

But can anyone in this remote location be trusted? 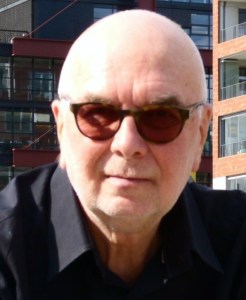 David Pipe was born in 1949 in a small Essex village. He attended a local grammar school then the University of Hull where he took a B.Sc in chemistry. He worked in the pharmaceutical industry in England and South Africa before studying for a PhD in organic chemistry at Imperial College. After spells at universities in Geneva and Mulhouse he joined the oil industry in Germany where, aged 53, he gratefully took a redundancy package. Following a period of self-employment he wound down his business, eventually giving it up to scratch the writing itch which has produced Sacrificing Starlight, a timely reminder of the risks our children face and Henry’s Tale, where ghostwriting for his furry friend he describes the emotional growth of a puppy on the rollercoaster of life, compressed into a few weeks because puppies learn faster than their staff.

When he’s not writing David spends his time travelling, reading, swimming and jogging. He is married and lives in Hamburg with his wife and their Border terrier Henry.

Many thanks to Rachel’s Random Resources for providing the content of this post and organising the tour it is part of.