Gripping drama as Pennington’s department store prepares for a glittering Christmas in 1911, but a killer stalks the women of Bath.

Christmas sees Pennington’s at its most glorious, thronged with shoppers, its grand staircase and balcony adorned with holly, mistletoe, tinsel and lights. It should be the happiest time, but dramas are seething beneath the surface.

For Cornelia Culford, in charge of jewellery, a divorce hearing looms, where she could lose custody of her young sons to her overbearing and unfaithful husband.

For Stephen Gower, being head of security at Pennington’s is the perfect refuge from a tragic past at Scotland Yard. But soon the past will call him back, as Joseph Carter and Elizabeth Pennington beg him to help solve the murder of Joseph’s first wife, now that it seems as if the killer has struck again.

For Joseph and Elizabeth, their marriage depends on exorcising the past. But can it ever be laid to rest?

This story is the third book based around Pennington’s department store in Bath and this time it takes place as Christmas approaches in 1911.  Cornelia Culford left her unfaithful husband, taking their two sons with her to live with her brother and sister-in-law whilst she sorts herself out and divorces her philandering husband. She is working at Pennington’s in the jewellery department. The store is also the place that Stephen Gower, a police sergeant who usually works at Scotland Yard, is now employed as a watchman (security guard). He’s currently suspended whilst an investigation into the murder of a colleague is undertaken and has taken this job to enable him to spend time with his mother and escape from London. Neither Cornelia nor Stephen have any intentions of looking for romance but the attraction between them draws them together, though they are both initially reluctant to share their worries.

Elizabeth Pennington, the owner of the department store, is close friends with Cornelia’s sister-in-law and tells her of her concerns regarding her husband, Joseph Carter. Joseph had been married before but though his first wife was murdered more than five years ago no one has ever been convicted of killing her. Joseph loves Elizabeth but really wants justice to prevail and when another woman is murdered in similar circumstances he believes the cases are linked. He asks Stephen to investigate and, despite his desire to stay away from police work, Stephen reluctantly agrees. He is even more reluctant to agree to Cornelia helping him, but she’s determined and he enjoys discussing things with her. Will he be able to bring the killer to justice? Can he resist his attraction to Cornelia? What will happen about her divorce and her children? All these different threads are skilfully interwoven to create a tapestry of dramatic events and a fantastic read. I thoroughly enjoyed reading this story and have no hesitation in highly recommending it to anyone who enjoys stories with a great mix of historical setting, murder mystery, suspense and, of course, romance!

I requested and was gifted a copy of this book and this is my honest review after choosing to read it. 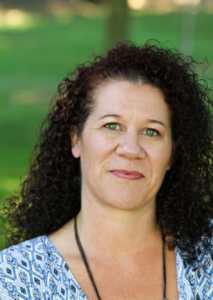 Rachel lives with her husband and their two daughters in a small town near Bath, England. Since 2007, she has had several novels published by small US presses, eight books published by Harlequin Superromance (Templeton Cove Stories) and four Victorian romances with eKensington/Lyrical.

In January 2018, she signed a four-book deal with Aria Fiction for a new Edwardian series set in Bath’s finest department store. The Mistress of Pennington’s released July 2018, A Rebel At Pennington’s February 2019 and Christmas At Pennington’s September 2019.

Rachel is a member of the Romantic Novelists Association and Romance Writers of America and has thousands of social media followers all over the world. To sign up for her quarterly and new release newsletter, click here to go to her website: https://rachelbrimble.com/

Giveaway to Win a £15 Amazon Gift Card (UK Only) 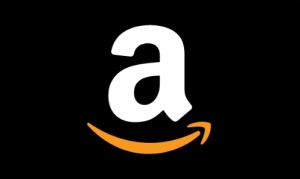