A View Across the Rooftops by Suzanne Kelman 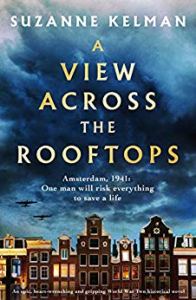 1941, Nazi-occupied Amsterdam. An unforgettable story of love, hope and betrayal, and a testament to the courage of humanity in history’s darkest days.

University professor Josef Held has never recovered from the loss of his beloved wife – and has no intention of ever letting anyone new into his quiet, safe world. It is a world where the clock ticks steadily in his mathematics classroom, even as the sinister beat of Nazi soldiers’ boots threaten to drown it out.

Terrified, Josef tries to keep his eyes on the ground as Jews across the city are forced into ghettos. But then Michael Blum, his most reluctant, infuriating pupil, tells Josef Jews like him will no longer be allowed to study at all. Josef can ignore the situation no longer. And, after the shock of seeing his neighbour killed on his own doorstep, he offers Michael a place to hide in an impulsive act of courage.

Michael is everything Josef is not: spontaneous, poetic, and unafraid to love. Even though his passionate relationship with a Dutch girl is strictly forbidden – for he is Jewish, and she is not. Somehow, in the quiet gloom of the attic, Josef doesn’t mind things about Michael that annoyed him in the classroom, and a bond begins to grow.

Remembering the pain of his own heartbreak, Josef is desperate to give Michael and his girlfriend a chance. He must go on as if nothing has changed: teaching his class, bowing to the Nazis. Beneath the fear, a thrill of defiance begins to bloom. But then Michael becomes perilously ill, and there is no way to get him the help he desperately needs.

As the dark days of war continue, with danger and betrayal at every turn, no-one can be trusted. If Michael is to survive and get back to the woman he loves, it will be down to Josef – to find the hero inside himself, and do whatever it takes to keep Michael alive. Even if it means putting his own life on the line.

A heartbreakingly beautiful story about love, trust, and courage against the odds, perfect for fans of The Tattooist of Auschwitz, Lilac Girls, and The Nightingale.

This truly is an motive, heartbreaking story of love in Amsterdam during the Nazi occupation in the Second World War. Josef Held is a professor of Mathematics, a widower who has relied on routine to help cope with life. However, the war is impacting on the lives of everyone around him and, finally, on him, too. He is shocked when his niece starts to work for the Nazis and a discussion he has with her results in the murder of his neighbour, a housebound, frail, Jewish pianist who he has routinely listened to as she played every night. When one of his students, Michael Blum, knocks on his door to evade capture, he can’t resist trying to help. This is a turning point. He’s no longer just an observer, he’s now an active, if reluctant, participant and his life will never be the same again.

Similar unexpected encounters result in strangers being helped, dangers encountered and life or death situations and decisions being made – including determining just who you can trust and discovering who has betrayed you. This is an enthralling insight into life for those trapped in occupied Amsterdam and a real page turner. I really hadn’t anticipated enjoying it as much as I did and have no hesitation in recommending it to anyone with the slightest interest in learning more about events, experiences and what life was like during this era. I know it is fictional but the author skilfully brings it all to life in this enthralling read, sharing how their wartime experiences affect the behaviour, attitudes, life and loves of those involved. The character development is superb and the ending is heartwarming. I could also imagine that it would make a fascinating film, though this is not surprising considering who the author is!

Irequested and was gifted a copy of this book via NetGalley and this is my honest review after choosing to read it. 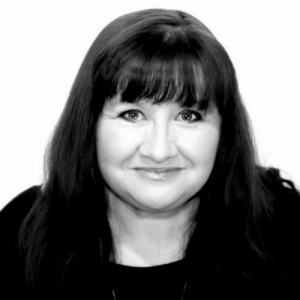 Author bio:
Suzanne Kelman is a 2015 Academy of Motion Pictures Nicholl Finalist, Multi-Award-Winning Screenwriter and a Film Producer. As well as working in film she is also an International Amazon Bestselling Fiction Author of the Southlea Bay Series – The Rejected Writers’ Book Club, Rejected Writers Take the Stage and The Rejected Writers’ Christmas Wedding. Born in the United Kingdom, she now resides in Washington State.
Links:
https://www.suzannekelmanauthor.com/
@suzkelman
Follow the tour:

7 comments on “A View Across the Rooftops by Suzanne Kelman”