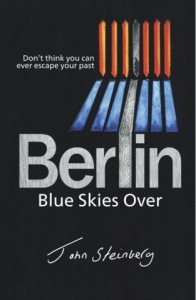 A young German woman, thinking she can escape her memories of wartime Berlin, moves to London in 1954 under her new name of Charlotte Brown. The offer of a prestigious job at the National Gallery leads her to believe that she can establish a new life in a city itself emerging from the ruins of war.

With her new identity, Charlotte hopes she has left Eva Schlessinger far behind . . . but when her job brings her into contact with a ruthless set of art dealers with dubious wartime connections, she fears they can see behind her facade. Priceless masterpieces start appearing at auction, stolen from murdered Jewish families by the Nazis, and she herself is implicated. At this point, Charlotte makes a solemn promise – one that will take her a lifetime to fulfil.

Blue Skies Over Berlin is a novel about secrets and guilt in an uncertain time, balanced by friendship and enduring love – and ultimately the need to make amends for just standing by. 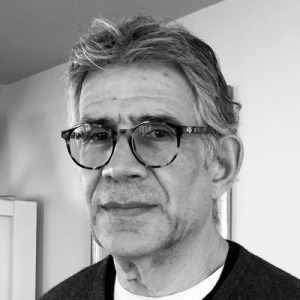 Born and raised in North London in 1952, John still lives in the city with his wife and three children. Privately educated, John left school after ‘A’ levels and completed a business diploma in what is now the University of Westminster, before entering banking.

He started training as an accountant but did not complete the course, choosing a position in his family’s furniture manufacturing business instead. John started his own mergers and acquisitions business in 1987, which he ran for almost 20 years before quitting to become a full time writer in 2007.

John has co-written and produced comedies for the stage and has created a series of books for children. “Previously, I had only been interested in comedy and finally started to write down the things I said or thought of. That led me to co-write and produce a play, In the Balance, and then W for Banker – which appeared at the New End Theatre, Hampstead. It was then I decided to quit the world of business in favour of writing full-time, and move toward more serious subjects. My first novel has taken two years to write and is the first in a series of books I am calling the ‘Steinberg Stories’.”

Many thanks to Rachel’s Random Resources for providing the content for this post and organising the promotion it is part of.