This is another brilliant book by Holly Martin – that should be enough for you to hear from me, just go grab yourself a copy! As usual this is a superb read in a glorious setting with a delightful community and great characters. It really is a great read to escape into, a lovely taste of normality in our current uncertain times.

The Philips family have a hotel on the beautiful Jewel Island. Aria Philips and her younger twin sisters, Clover and Skye, grew up on the island but the twins left the island travelling elsewhere to work. Noah Campbell is a guest at the hotel, one who Aria really likes. However, after they share a passionate kiss and them planning to share an evening meal together he has a meeting with her Dad and then disappears without explanation, leaving her heartbroken. Weeks later, her Dad passed away. Now, more than a year after, Noah is returning . . . .

This is a real family drama, with the three sisters each hoping they can keep the hotel running but wondering just what their Dad’s will will reveal. There are some shocks in store for them, serious changes ahead and plenty of dramatic moments, too in this fascinating start to a new series.

What a great read for putting a smile on your face this proved to be. The place names are all jewel related, so fitting for this idyllic setting and the vivid descriptions make it feel like you’ve actually visited them. There are some quirky characters staying in the hotel and others in the local community.  Aria is determined to help the local community survive and has her own ways of doing things which Noah doesn’t always initially appreciate. The story is packed with humour and had me laughing out loud throughout it. I particularly liked the initially mysterious elderly lady who regularly visits the hotel and Seamus, an islander but there’s also at least on character you’ll love to dislike, too! It is a heartwarming romance with plenty of drama before the HEA. I’m really looking forward to revisiting this setting in future books in the series and can’t recommend this book highly enough.

I requested and was gifted a copy of this book and this is my honest review after choosing to read it and finding it just as fantastic as I’d anticipated.

Fall in love with the beautiful Jewel Island this summer, where the sapphire sea sparkles, the golden sun warms your skin and the islanders melt your heart. From the bestselling author of The Little Village of Happiness comes Holly Martin’s most romantic novel yet.

Aria Philips has lived on Jewel Island all of her life. Even when her sisters Clover and Skye left its stunning shores for bigger and better things, Aria stayed to help her father run their family hotel.

A year after her father’s death Aria’s done everything she can to keep things afloat but the hotel has long been struggling to make a profit. With so few guests Aria risks losing the only home she’s ever had.

Noah Campbell earned his fortune from making hotels a success, and he also just happens to be staying on Jewel Island this summer. Could he be the answer to Aria’s problems? If only he hadn’t kissed her under the willow tree the year before and never called her again. It had been the most incredible kiss of her life, but clearly business and pleasure should never be mixed.

As gorgeous and charming as Noah may be, Aria vows to keep things professional while she seeks his help. But for the past year Noah has been keeping a secret and his return to Jewel Island is about to change Aria’s life forever… 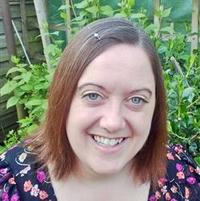 Holly lives in a little white cottage by the sea. She studied media at university which led to a very glitzy career as a hotel receptionist followed by a even more glamorous two years working in a bank. The moment that one of her colleagues received the much coveted carriage clock for fifteen years’ service was the moment when she knew she had to escape. She quit her job and returned to university to train to be a teacher. Three years later, she emerged wide eyed and terrified that she now had responsibility for the development of thirty young minds. She taught for four years and then escaped the classroom to teach history workshops, dressing up as a Viking one day and an Egyptian High Priestess the next. But the long journeys around the UK and many hours sat on the M25 gave her a lot of time to plan out her stories and she now writes full time, doing what she loves.