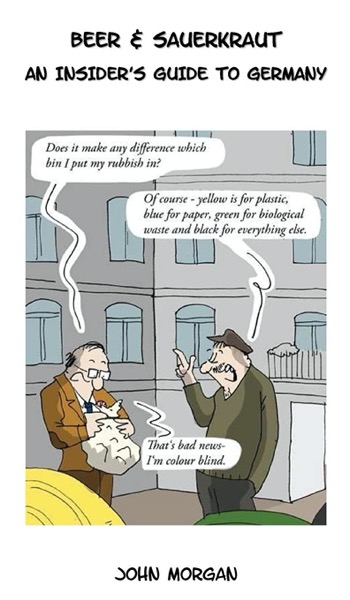 Information about the Book

John Morgan was born in the UK in 1938 and qualified there as a chartered surveyor.

He moved to Zurich for three years in 1969 to work for a US conglomerate.

He then moved to Germany, where he eventually established a successful property consultancy firm together with a Dutch partner, selling this in due course to a German bank.

John has a German wife and four sons and now lives in retirement on Lake Constance. Having dual nationality and conversing today mostly in German, he is now uncertain whether he is British or German!

Here’s an extract to whet your appetite!

Hello and guten Tag! As you may have gathered from the Introduction, I am the first product of a new species named Homo Germanus Britannicus! Having been born in England in 1938 and experienced the Second World War, I never thought I would be happy living in Germany one day. However, falling in love with a German girl changed views on Germans and Germany completely.

After moving to Zurich in 1969 as the European Director of Real Estate and Construction of a large US corporation, I moved on to Germany three years later to become the managing director of the German subsidiary of an international property development group. My conversion now really gained momentum, since German soon became both my family and business language. Having a German wife and four children made it easy for us to make friends with other parents, whilst my work resulted further friendships. Soon I was completely integrated into German life.

Nowadays, I generally feel more German than British but when England plays Germany at soccer, I realise that my conversion process has not yet been quite completed!

Avoid saying: You would have far more tourists if you still had a Royal Family!

Most foreign visitors travel to Germany by plane. It is easy to spot the visitors arriving at the airports by the look of relief on their faces when they finally make it through passport and custom controls, having by then had their first experience of German officials. These are neither trained nor paid to be friendly, but simply to follow all the rules and regulations to the letter. The visitor is, of course, rather suspect from the moment his or her foot touches German soil, as Germans tend to be so

busy complaining about life here, they can’t imagine why anyone should want to come to the country for any lawful reason!

The visitor might be surprised to see all those non-German looking people waiting in the arrivals’ hall. The explanation is that Germany has become very multicultural in recent years, particularly since Angela Merkel dispensed with border controls in 2015 at the height of the Syrian crisis.

If visitors take a taxi from the airport, they will find that most taxi drivers are foreigners, who don’t know their way around or, like many of their German colleagues, prefer taking the scenic route in order to make more money, something common at airports all over the world! 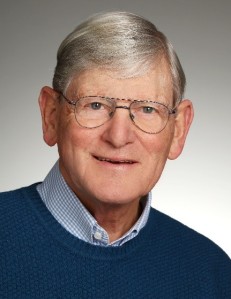 John Morgan was born in Chatham, Kent, in 1938 and his first memory is of sleeping in an Anderson air raid shelter in 1940- 1941, whilst the German air force was bombing Chatham Dockyard and surrounding areas day and night – John’s father and many of his family worked in the dockyard, building and repairing ships for the Royal Navy.

Having attended Sir Joseph Williamson’s Mathematical School, Rochester, John trained to become a chartered surveyor, qualifying in 1959, when he also married a German girl, who completely changed his views on both Germans and Germany, as well as giving him an interest in learning German. After working for some time in London, he became a partner in a firm of surveyors in Maidstone but left in 1969 to take up the post of European director of real estate and construction for a large American conglomerate with European headquarters in Zürich. His work extended from Sweden to Greece and from Dublin to West Berlin but most of his projects were in the UK, Germany, Holland and France.

John’s wife died suddenly only a few months after the family moved to Zürich, his three sons being only aged seven, five and 18 months’ when this disaster struck. John’s firm immediately employed a full-time housekeeper for him and in 1971 he met and married an attractive German nurse, Marlies, then working in Zürich, who at the tender age of 23 was brave enough to take on John and the three boys. Within a matter of months, the family language became German. John and Marlies had a further son in 1975 and in the meantime have some 10 grandchildren.

In 1972, the family moved to Frankfurt, where John set up and ran a commercial property development company for a British group for a few years. At that time there were no qualified property advisers in Germany and in 1979 John and a Dutch partner filled the gap by founding a firm of commercial property advisers that became the leading firm of its type in Germany, eventually having eight offices and some 300 staff.

Having sold the property consultancy business to a German bank, John returned to the UK in 1994 to carry out research for a PhD in sociology and real estate economy at Reading University, being awarded his doctorate at the beginning of 1998. He then returned to Germany and worked as a consultant for several years before finally fully retiring in 2010.

Over the years John was a regular speaker at real estate conferences in Germany and the UK and wrote numerous articles for German newspapers and journals, as well as being a contributing author in respect of several textbooks in German concerning property investment. In 2017 John wrote his autobiography with the title Chartered Survivor.

John now lives on the German side of Lake Constance, in the village where he met his second wife at a carnival in 1971. He is, of course, bilingual and has both British and German citizenship. He no longer knows whether he dreams in German or in English and has a serious personality conflict when Germany plays England at soccer!

Library of Books and Tea

Many thanks to Faye Rogers and Authoright for providing content for this post and organising the tour it is part of.

One comment on “#Extract from Beer & Sauerkraut by John Morgan #Spotlight”