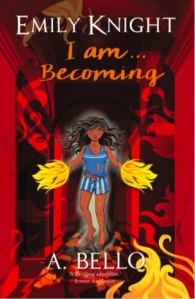 Title: I Am… Becoming

Even though this is the third book in the series, it is the first one that I’ve read and I really enjoyed it and definitely hope I get to read the fourth and final book in this series. If you loved the Harry Potter books, I recommend you definitely give this series a read, too!

Emily Knight is a teen, one of an elite team each with their own magical powers . . . . though she’s not quite certain what hers are or how to use them to their full effect yet. She has a lot of additional pressure on her because both her father and older brother are famous because of their powers and skill but Emily hasn’t seen either of them for years until they return for her fifteenth birthday celebrations. There’s plenty of family drama as they get to know each other again and Emily has to cope with the huge expectations of her father, his assumptions that he knows her well (and he certainly doesn’t) and the pressure of having two people who are so famous around again. There’s also the on-going problem of how they can finally defeat Neci, a very powerful warrior who seems determined to kill all the other warriors . . . .

There’s also school to attend, along with all the angst and turmoil that ensues there. No, not a normal school but one which hopes to train all the pupils to help them become skilled, magical warriors. With friends, romance, training, sports competitions, training, enemies and magic this is an engaging read that is packed with adventure, danger, battles and so much more. What a great change to have such a diverse range of characters, too, including a powerful female protagonist – so many talking points throughout the book! It would be a great class read as it deals with so many aspects of life and living, families, relationships, teamwork, friendships – and is, of course, a magical read!

Thank you to the publishers and author for my copy of this book which I have voluntarily read and honestly reviewed.

The eagerly anticipated third book follows the incredible success of Emily Knight I Am… and Emily Knight I Am… Awakened, which released in September 2017 and has since received a prestigious Carnegie nomination and enjoyed first place in the London’s BIG Read 2019.

The Knights are finally reunited and ready to defeat Neci once and for all. But Neci is one step ahead and is targeting them one by one. When Neci takes one of Emily’s best friends hostage, Emily leads the elite team on a rescue mission but nothing can prepare them for what Neci has planned. 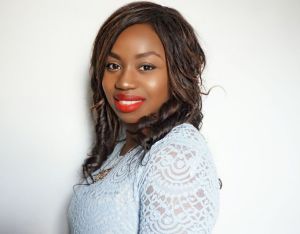 A. Bello is an award-winning author and publishing entrepreneur, born and raised in London, where she still lives and works. In 2018, Abiola was named ‘Trailblazer of the Year’ by London Book Fair.

Abiola wrote her first novel at the age of eight – when she fought monsters and dragons on a daily basis – and experienced her first taste of ‘being published’ after winning a school poetry competition at the age of 12. Seeing her words in print fuelled a passion for writing that remains to this day.

The first incarnation of the Emily Knight story can be traced back almost 20 years; Abiola wanted to fill the gaping hole in children’s fiction for an inspirational, strong, black, female, young protagonist. This ‘gap’ in publishing remains in today’s publishing world despite continued calls for more diversity in terms of the authors creating the books and the characters and plotlines within the stories.

Abiola is regularly asked to contribute to the media; she has been featured in About Time Magazine, Cosmopolitan, Female First, Daily Mirror, BBC1XTRA, The Bookseller, The British Blacklist, Melan Magazine, London Post, and many more.

Abiola is also a regular at literary festivals and gives talks to children in primary and secondary schools, as well as to young writers and people wishing to get into the publishing business.

Many thanks to Literally PR for providing materials for this post and organising the tour it is part of.