I read the original version of this book published back in 2014 and loved it. I wondered just how much I would remember from that as I’ve read well over a thousand books since then, so only the best are likely to stick in my mind. I needn’t have worried. It is an enthralling read which I still thoroughly enjoyed even though I remembered quite a lot from that earlier reading. Much of what I said back then still applies so, as I really don’t like giving spoilers away, I’m going to update my original review and tweak very little as it sums up my feelings about this superb read very well.

From the very start, Karen Long’s writing style engages the reader, taking them in as a witness to the events being revealed in her carefully crafted text. Somehow she makes you feel like you’re watching everything unfurling before you, hearing every unexpected nuance, seeing every clue and empathising with the characters. As snippets are uncovered, the author keeps the reader totally immersed and on the edge of their seat, eager to discover just what happens next and hoping the perpetrator will be brought to justice before there are any further victims.

The characters in the story are complex, especially D I Eleanor Raven who is the troubled ‘star’ of the novel and series. She was almost killed in the previous novel in this series and is battling to overcome the physical and emotional trauma those events have caused. I was also intrigued by her partner, Detective Laurence Whitefoot, both as an individual and in his relationship with Eleanor. Why did he leave his career as a doctor to join the police? As the highly convoluted plot progresses, secrets and details are tantalisingly revealed – and more victims are discovered. The story is told from the points of view of the investigators and the perpetrator but it is edge of your seat suspense filled reading throughout, a book I was reluctant to put down until I’d finished it.

This is an excellent crime thriller, full of mystery, suspense and action. It is quite a dark novel and, at times, is so gritty and frank it can make difficult reading but it is appropriate to the story and not there only for effect. I’m so pleased to find another great female detective and another superb author  – I’ll be looking out for future stories in this series and other books by this talented author.

Thanks to Bookouture and NetGalley for my copy of this book which I have voluntarily read and honestly reviewed.

The little boy played with his toy trains in the bedroom, keeping quiet so as not to wake his mother. He stayed silent as he watched his window creaking open and heard the whisper from outside. A minute later, Tommy and the trains were gone.

An unrelenting heatwave sweeps the country and starts a fire which uncovers the charred remains of a young woman. But when DI Eleanor Raven attends the post-mortem it reveals some disturbing details—the girl was dead long before the fire, her body had been lovingly preserved before being dressed up, her hair perfectly arranged, and a lime-green scarf knotted around her neck.

With little evidence surviving the fire, Eleanor and her team have no solid leads. But back on duty after six months’ enforced leave, Eleanor is determined to prove herself fit for service, and she won’t accept that this case could prove impossible.

Following a tenuous link to an old missing-persons case, Eleanor discovers the poor woman’s identity: Giselle Baker was a young dancer at a local bar before she disappeared two years ago, leaving behind a worried roommate and, concealed amongst her things, a curious wooden carving of a snake. Before Eleanor can uncover the significance of the toy though, another woman goes missing, and then, a little boy… It seems that someone is collecting a family for themselves.

As Eleanor battles her own demons, she pushes herself to the limit to find the killer. But her fight to save his last innocent victim may become a battle to save herself…

A totally gripping, fast-paced mystery thriller that will leave your jaw on the floor. The next rollercoaster read for fans of Lisa Regan, Angela Marsons and Robert Dugoni.

Perfect Little Dolls was previously published as The Vault. 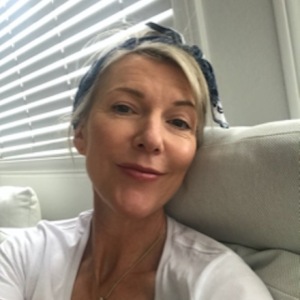 Karen Long was born in Wolverhampton but has spent the last few years living in California. She worked as an English and Drama teacher for many years, before becoming a full-time writer.

She has written screenplays and articles, but primarily dedicates her time to writing crime fiction and observing wildlife. She loves to travel, which is a great source of inspiration; Toronto became the backdrop to the Eleanor Raven series of thrillers after Karen spent several months there.

A passionate conservationist and lover of the crow family in particular, she has rehabilitated and adopted ravens, crows, magpies and rooks, many of whom became integrated into family life, much to the distress of household members and soft furnishings. She now volunteers regularly at Los Angeles Oiled Bird Care Centre.