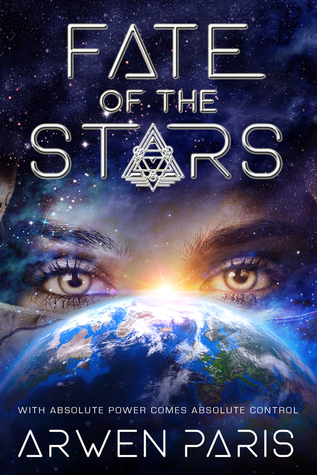 When the fate of the world rests upon you…

Allison Delaney wants to spend her senior year healing from the loss of her father, to leave the shadows of his death and her junior year break-down behind. A Labor Day beach party seems like a good place to start…but there’s more danger lurking than anyone could imagine. Death is coming to Earth if the pods of infectious creatures aren’t stopped. But only one human can help…

To live or die is no longer a choice.

Eenoki is a protector of life but must have a sentient host to fight the invasion. A teenage girl would not be the best choice, but out of desperation Eenoki invades Allison’s mind and body, granting her unnatural abilities and strengths – and helping her escape certain death when the first wave of pods land.

As destruction rains down on Earth’s population, Allison realizes to save everyone, she must make the ultimate choice: Reject her human side and bond with Eenoki to become the Earth’s Priestess – or be killed along with the rest of humanity.

I admit that I wasn’t quite sure whether I would like this story or not, but I am so pleased I gave it a go and highly recommend you do, too! It is a very different sci-fi page turner where the focus isn’t on the aliens as much as on the unlikely heroine, Allison. Allison has had a traumatic year after the untimely and unexpected death of her father. She and her Mum are coping with grief in very different ways and have, to some extent, lost contact with each other because of this. As Allison attends a beach party but, after hurtful comments from other teens attending, she leaves – only for something weird to happen to her. Unsure of what occurred she returns home . . . . only to confront her Mum who shares devastating news just before life as we know it changes as space pods carrying invading aliens land . . . .

Told from the first person view point of Allison, the story is action packed, dramatic and traumatic. Allison is only seventeen years old and isn’t ready to become the saviour of the human world! Her dilemmas, decisions, actions and interactions are shared in a manner which makes it easy to relate to her as she encounters different aliens, develops new skills and strives to protect those she loves – including herself! There’s danger and destruction and only by bonding with and working with Eenoki can they protect the Earth and all humans.

I thoroughly enjoyed this story and really do hope that the author is going to make this the first in a series as I’d love to read more about what happens next, both on the Earth and in the Alliance. I hadn’t anticipated enjoying this story as much as I did and I have no hesitation in highly recommending it to anyone who enjoys Earth based science fiction with an unlikely heroine!

I requested and was gifted a copy of this story and this is my honest opinion after choosing to read it.

Arwen Paris is the author of young adult fiction. Her debut YA Sci-fi Urban Fantasy novel FATE OF THE STARS releases September 1, 2017. The actions packed pages of her novels are filled with characters that are forced to face fears they never expected. When she’s not writing, you can see posts of her (too many) vacations that keep her sane. Arwen lives in Washington, has a big crazy family & after the day job, she writes Fiction For the Fearless – #F3Fanatic

This giveaway is for an Apple iPad mini 4 but is only available in the US/CAN.
Good luck – I hope one of my readers wins!
a Rafflecopter giveaway